Is it better to advertise your business in your local magazine or the newspaper? Find out the answers to these questions by learning about these 6 factors of local business advertising below.

It wasn’t too long ago that running ads in the local newspaper was the status quo of local business advertising. However, with printed newspaper readership on the decline, this type of advertising has begun to seem archaic compared to online marketing strategies. Print advertising still works great for local businesses, however. You just have to be aware of the key factors that are in play.

In contrast, in general-interest magazines, people usually skip through them. Why? Because in general interest magazines, ads aren’t targeted and are therefore irrelevant to most readers. Ads relevant to readers generally show useful items to its readers, i.e., golf clubs for golfers. This piques golfers’ interest because a golfer will want to know what new clubs or other tools are available to help them improve in their hobby.

But relevancy isn’t only about items; it can also be about geography or even content. Relevance can be achieved by showing your ad to a clearly defined group of people in a specific area.

Does your community still have a vibrant local newspaper? Or how about one that’s distributed to a certain area of the city (or only to residents of a small town)?

If so, then you might try to get into the action as well and advertise to those people if that’s the area where most of your current customers are from.

But first, what do we mean by vibrant? This means that the newspaper isn’t just delivered locally but is also eagerly received.

For instance, picture this: in one neighborhood, a local newspaper is distributed to houses in the geographic footprint-free of charge. It’s tossed onto people’s driveways. Many homeowners in the area leave it on their driveway for a couple of days before finally tossing it out – it happens every time.

Now picture another scenario: in another neighborhood across that same town, a different version of that same newspaper (created by the same parent company) is delivered right into their mailboxes. Afterward, they end up in people’s living rooms and kitchens. They end up getting read, and neighbors share what they read with each other.

Now you understand why it pays to know how many people receive print media AND how they end up receiving it.

First, do your research into whether the publication you’re considering putting ads into actually has active readers. A good indicator is if there’s any actual content in the publication besides ads. Publications that are little more than miniature coupon books have little perceived value among consumers and often get thrown out before even being given a good look. It’s basically the same as when people fast forward past commercials on TV.

In short, if the publication has no content, then we wouldn’t usually recommend you to advertise in it. 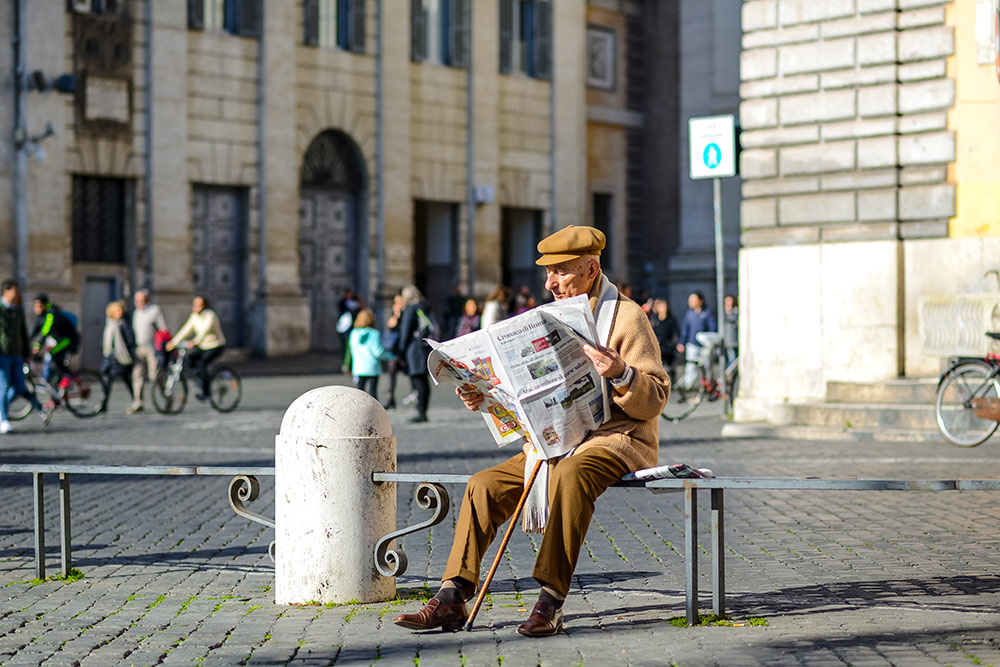 Let’s go ahead and take ads to another level. Take Coffee News KC for example. We publish 10 area editions of our paper that are focused on specific neighborhoods in towns and cities across the KC area. The writing focuses on the particular neighborhoods and content relevant to the people in those neighborhoods. In fact, many of the articles are written by people who actually live in those same neighborhoods.

Not only that, but these papers offer readers another carrot: neighborhood-specific activities that they can engage in. Every month, the paper features special events for people in the community to join in, including advertisers. It could be a movie night or a special dinner at a local restaurant. These personal events give print advertising that extra “kick” it needs to work better.

Frequently a local business will put out an ad in the local magazine or newspaper to raise brand awareness. The issue with this approach is there’s no means of finding out if it produced the desired effect. It’s much better to create a specific CTA instead.

What you can do is announce an event on a certain day, require an RSVP (or give a unique discount that expires on a specific date). That way, you’ll be able to measure precisely what response you received from the dollars you spent on the ad.

For instance, a country club that wants to increase its number of winter diners in their restaurant could do the following. They could start by putting out ads at the beginning of fall, advertising a “Harvest Festival Dinner” or “Holiday Brunch.”

And finally, always include a deadline for your CTAs.

It isn’t just a simple sales tactic being done by these publication companies; it’s a tried and true print advertising factor. Repetition of ads works to get better results. Create a series of advertisements that repeat over time for optimal results with print advertising. They can be similar but remember to change them up every so often. People will still be aware it’s advertising but will give them a look because the ads are slightly different.

Love is patient, love is kind. It does not envy, it does not boast, it is not proud.
Apostle Paul